(Bloomberg) –The European Commission and Bill Gates joined forces in an initiative that wants to mobilize as much as $1 billion investment in clean technologies such as green hydrogen and sustainable fuels.

The Commission and Breakthrough Energy Catalyst, a program founded by Gates, want to muster the funding in 2022-2026 to build large-scale, commercial-demonstration projects that will deliver significant reductions in carbon dioxide, the European Union’s regulator said on Wednesday. The partners will also invest in direct air emissions capture and long-duration energy storage. 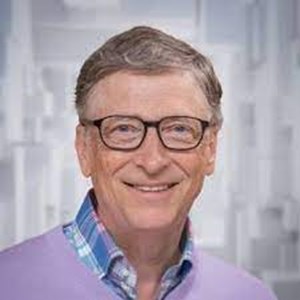 “Decarbonizing the global economy is the greatest opportunity for innovation the world has ever seen,” Gates said in the statement published by the EU. “Europe will play a critical role, having demonstrated an early and consistent commitment to climate and longstanding leadership in science, engineering, and technology.”

The EU needs to accelerate its transition away from fossil fuels and shift to low-carbon energy sources in order to meets its ambitious climate goals embedded in the Green Deal. The partnership wants to target technologies that are confirmed to reduce greenhouse gases but are still too expensive to get to scale.

Support for the projects will take the form of financial instruments and grants, the Commission said. EU funding will come from the Horizon Europe program and the Innovation Fund, financed by sale of carbon allowances in the bloc’s Emissions Trading System.

“The Breakthrough Energy Catalyst Program will mobilize equivalent private capital and philanthropic funds to finance the selected projects,” the Commission said. “The partnership will also be open to national investments by EU member states through InvestEU or at project level.”

By Dinesh Nair and Laura Hurst on 12/4/2020 (Bloomberg) –Total SE is in talks to divest from an oil project in Iraqi Kurdistan, people familiar with the matter said, as it […]