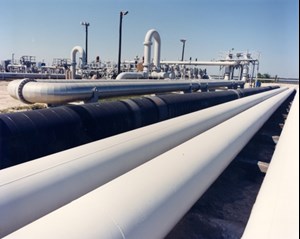 (Bloomberg) –Oil extended losses after an increase in U.S. crude inventories added to concerns around the prospect of more Iranian oil returning to the market under a potential revival of the nuclear deal.

Futures in New York tumbled as much as 5.2% on Wednesday. Domestic oil stockpiles grew by 1.32 million barrels last week, the largest increase since mid-March, according to a U.S. government report. Traders had been expecting a much smaller inventory rise.

Prices were already under pressure as broader markets tumbled on inflation concerns and as talks continue on the Iran nuclear deal. Iran said it will soon export oil from a new port, while the Persian Gulf country’s deputy foreign minister told state television he sees “good progress” being made in the talks. Still, some key issues remain, he said.

This week’s Energy Information Administration report provides the first look at the impact of Colonial Pipeline’s system outage, which had spurred panic-buying and supply disruptions across much of the U.S. Southeast and East Coast last week. U.S. Gulf Coast fuel inventories jumped by the most on record with the pipeline down.

1/11/2021 Every three years the World Petroleum Council presents the WPC Excellence Awards in two categories, Technological Development and Social Responsibility, recognizing exceptional achievements in the oil and gas industry. Each […]