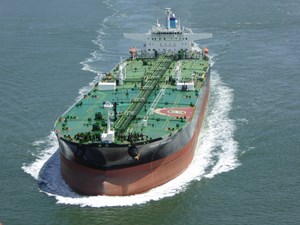 SINGAPORE (Bloomberg) –The physical crude market in Asia has been reinvigorated amid a rise in buying by a Chinese mega-refiner as well as some Japanese oil companies, boding well for improved consumption.

Rongsheng Petrochemical Co. came to the market early this month to snap up about 7 million barrels of Middle Eastern varieties for June-July delivery. That’s up from 5 million barrels bought in March, and puts it on course for the biggest monthly purchase since October, according to data compiled by Bloomberg. In addition, spot differentials of Russia’s ESPO cargoes have started off stronger, trading $1 above the last reported deal.

The pick-up in activity across the key Asian market comes amid a flurry of signs that global oil consumption is improving as economies including the U.S. shake off the impact of the pandemic. This week, both the International Energy Agency and Organization of Petroleum Exporting Countries issued positive outlooks, even as the cartel and its allies plan to ease supply curbs. So far in 2021, Brent futures have soared 30%, and last traded near $67 a barrel.

In Asia, traders had been waiting for further signs of improved demand across the region after buying of spot cargoes by China was muted in March, weakening the overall Asian physical market. That retreat of Chinese buyers coincided with its bigger intake of U.S.-sanctioned Iranian crude, and as higher prices and the backwardated market structure incentivized local de-stocking.

While the spot crude purchases of China’s smaller independent refiners will be observed in the coming days, the nation is clearly leading the global recovery in oil consumption. Its refineries processed near-record volumes of crude last month, contributing toward record economic growth in the first quarter.

Rongsheng’s Singapore unit purchased 6 million barrels of Abu Dhabi’s Murban and Upper Zakum, along with a further 1 million barrels of Qatar’s Al-Shaheen for delivery to Zhoushan, according to traders who asked not to be identified.

Rongsheng is not alone, with Japanese refiners also out early to secure Middle Eastern supplies. In addition, other processors such as Thailand’s PTT Pcl and Japan’s Fuji Oil Co. issued tenders on Friday to purchase sour grades from the Persian Gulf, of which results will most likely surface next week.

4/14/2021 HOUSTON – Talos Energy, along with affiliates of BP and Chevron U.S.A. announced successful drilling results from the Puma West exploration project located in the U.S. Gulf of Mexico Green […]