The country’s oil minister and the Organization of Petroleum Exporting Countries’ top official publicly jousted over the cartel’s policy shift at a conference hosted by the Atlantic Council on Tuesday.

At issue was the sudden reversal in the cartel’s output policy earlier this month. Many oil buyers had been expecting another monthly supply increase, but instead they got no extra crude from most of the group’s members, and an unexpected cut of 1 million barrels a day from Saudi Arabia. 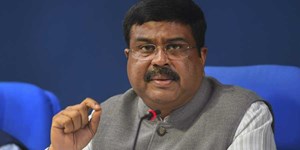 India and other buyers would have preferred higher production and the lower prices that brings. OPEC’s choice may steer them further toward alternative energy sources, Pradhan said.

Barkindo countered with assurances to “consumers, in particular India, that whatever decision we take we have the interest of consuming countries in mind.” A volatile market situation has compelled OPEC+ to adapt its plans, which will be reviewed again in early February and every month following.

It’s not the first instance of discord between India and OPEC producers. The nation has often complained about the “Asian Premium” that refiners in the region pay for barrels. At least in this latest dispute they have common ground.

“We all agree that the recovery is fragile,” Barkindo said. “But we are cautiously optimistic” it will “materialize this year.”

By Andres Guerra Luz on 3/16/2021 Uneven economic recoveries from Covid are impacting global oil prices. (Bloomberg) –Oil fell the most in a week as investors assessed the state […]

Fading green ambitions in the U.S. send oil stocks up, renewables down

By Will Wade, Brian Eckhouse and Gerson Freitas Jr. on 11/4/2020 (Bloomberg) –Shares of oil and gas companies climbed and renewable energy firms tumbled Wednesday as the U.S. presidential election remained […]