With coronavirus infections spreading rapidly, producers are wary of a new blows to oil demand which could lead to rising inventories.

“We remain in uncharted territory as the COVID-19 situation continues to evolve, but [OPEC+] has so far succeeded in both putting a floor below prices and reducing volatility, which should encourage further cooperation,” Barclays said.

News of the cut boosted oil prices to an 11-month high, with backwardation, when prompt prices trade at a premium to future prices, widened, which could encourage traders to take oil out of storage. 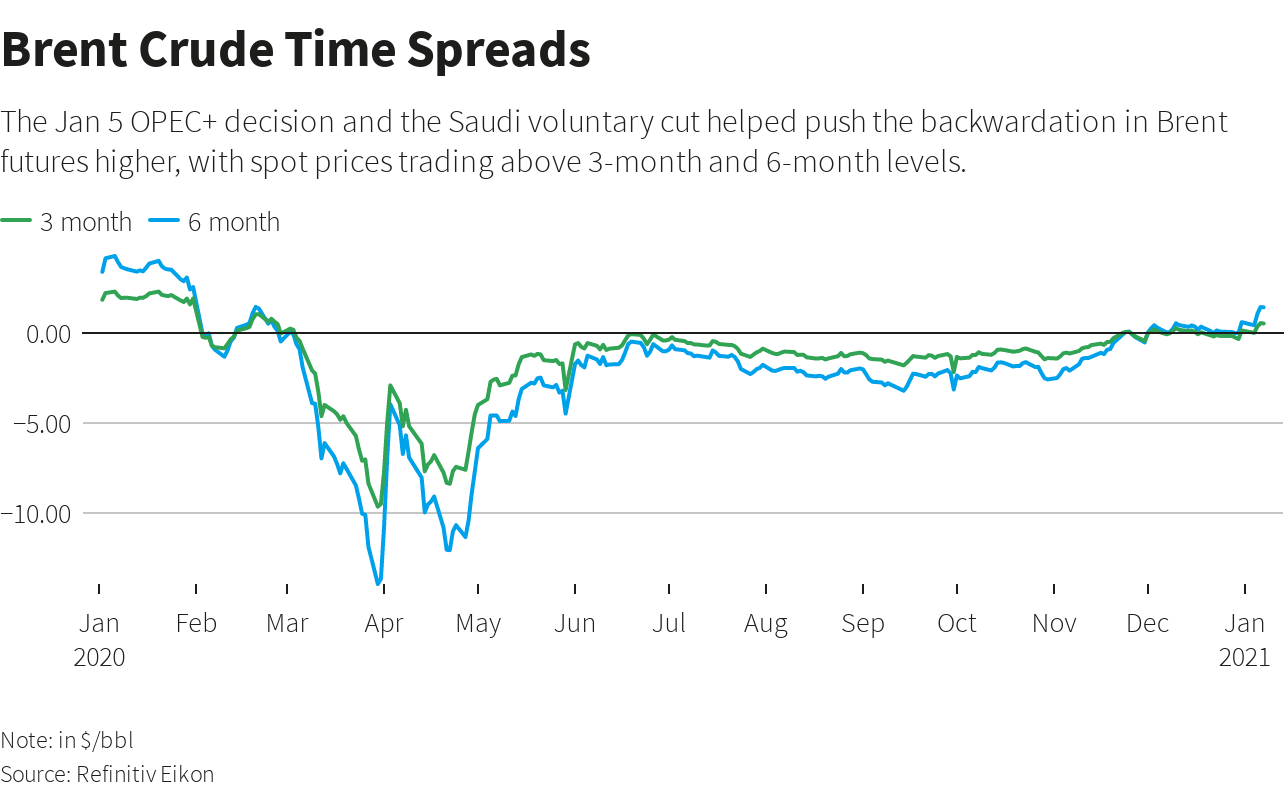 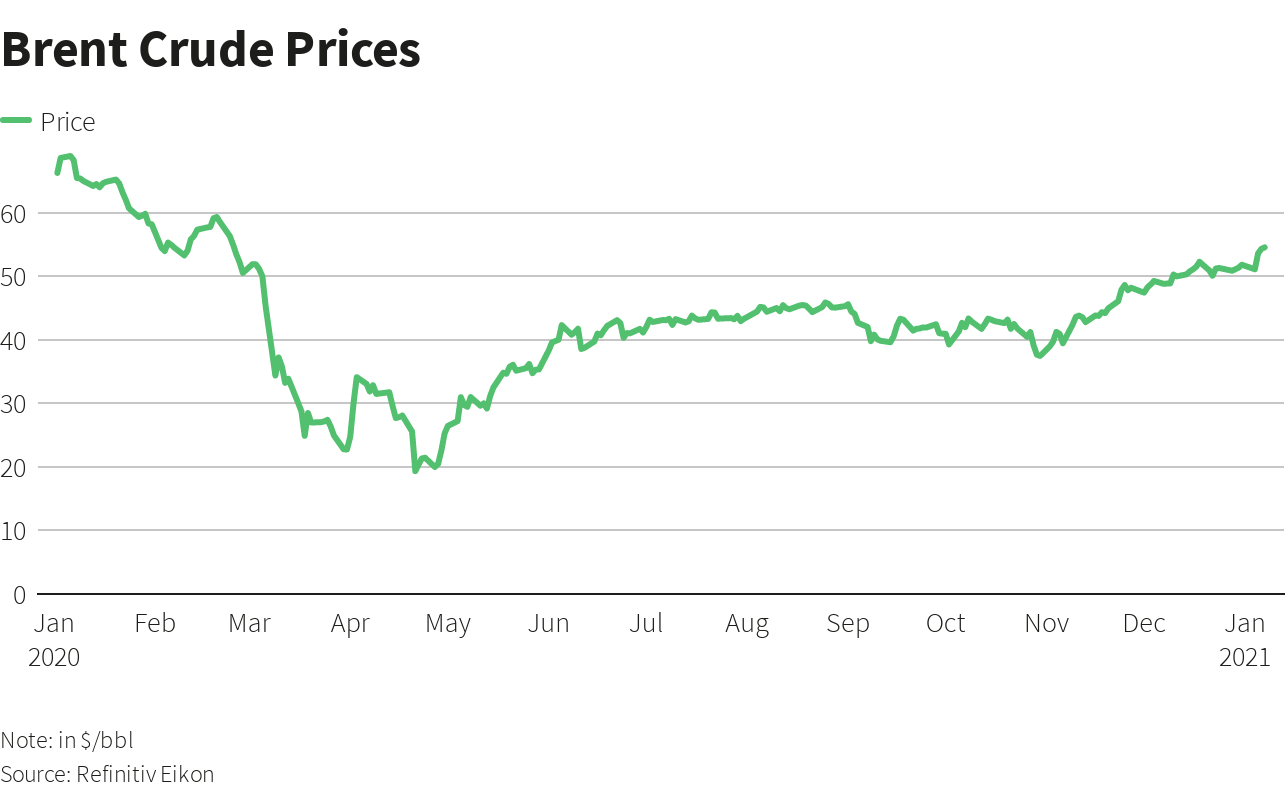 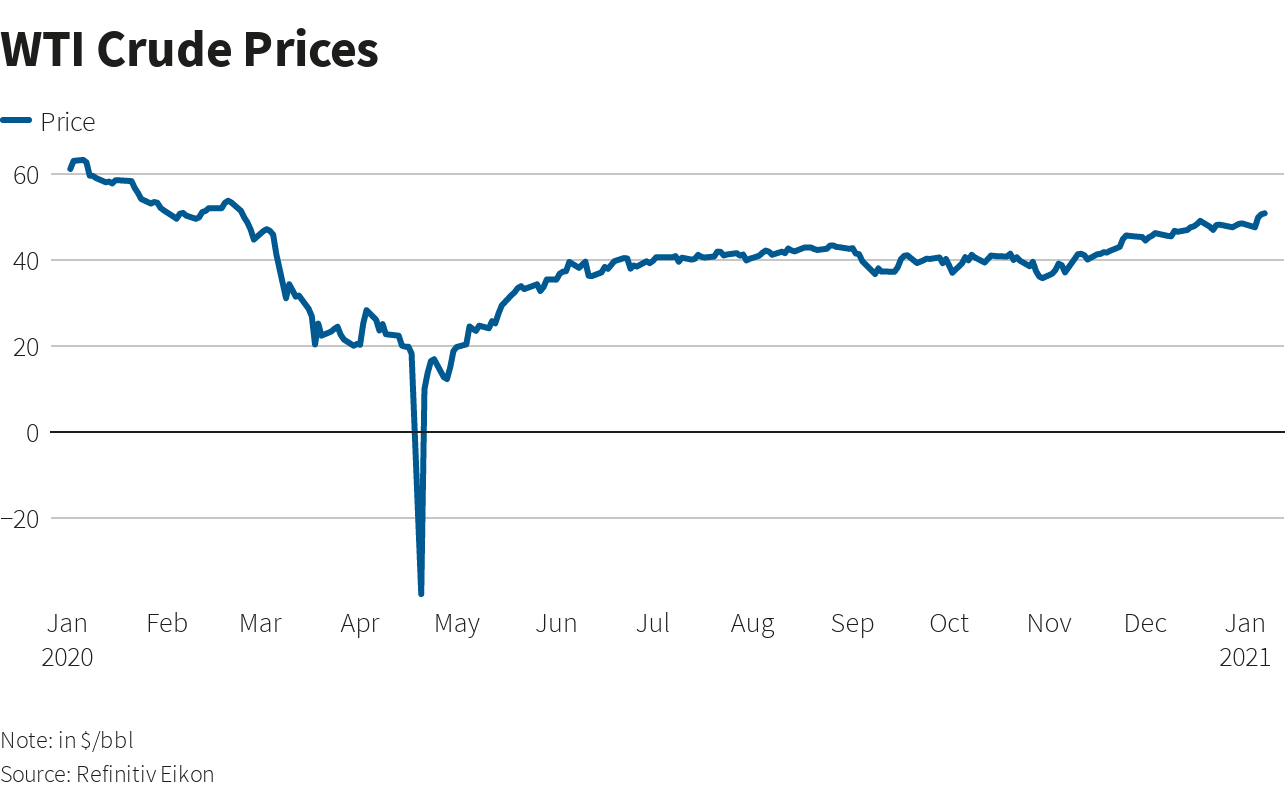 In its most recent research, Goldman Sachs revised down its demand forecasts for January, February and March by 1-2 million bpd each month.

Still, and largely as a result of the Saudi cut, the bank sees a small deficit in February, a revision from an implied build of 0.6 million bpd previously.

It expects the oil market to be in deficit for the remainder of the year, peaking at 2.3 million bpd in September, or nearly 3% of global oil supplies for that month. 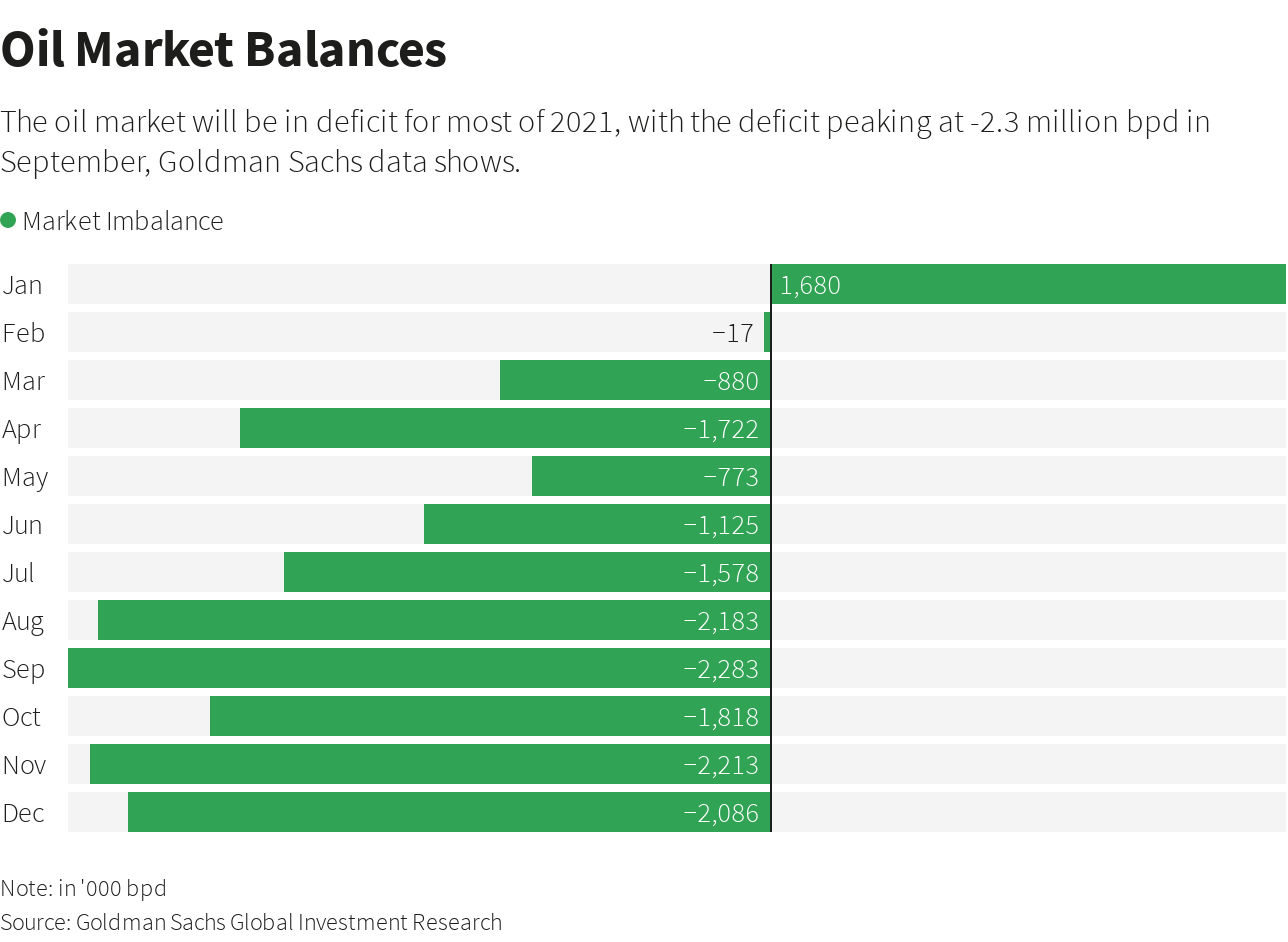 “In the most optimistic case which includes full OPEC+ compliance and the voluntary Saudi cut, we see crude stocks decreasing by 1.3 million bpd for February, and 0.8 million bpd for March,” Rystad head of oil market research Bjornar Tonhaugen said. 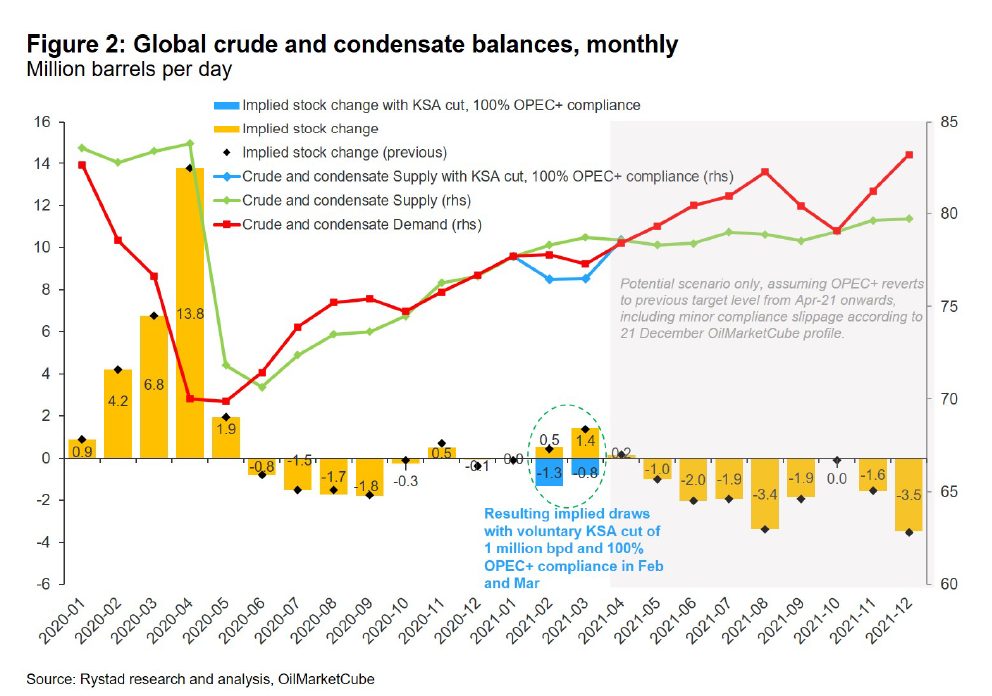