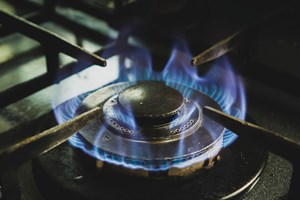 Texas legislators want to ensure natural gas can be included in new residential and commercial construction.

(Bloomberg) –Texas moved to stop the city of Austin and others from imposing a California-style ban on natural gas in new homes and buildings, the latest salvo in the gas industry’s bid to protect itself from local climate regulations.

The Texas House of Representatives passed a bill Tuesday that would bar cities and towns from restricting natural gas hookups in new construction or utility services. The measure passed along with a series of bills designed to prevent a repeat of last month’s catastrophic blackouts that left millions in the dark for days and killed more than 100.

The move comes after Austin weighed a proposal to phase out use of the fossil fuel as part of the city’s climate plan. More than 40 cities in California including San Francisco have passed measures designed to end gas connections into homes amid concerns over the fuel’s contribution to global warming.

The gas industry has started pushing back against the local restrictions, which are starting to pop up outside of California. Big gas producing states including Louisiana and Oklahoma have passed legislation prohibiting local bans and several other states are considering similar measures.

Natural gas is used to heat about 35% of homes in Texas with electricity used for home heating for 61% of residences, according to the U.S. Energy Information Administration. However, most modern furnaces require electricity to function.

The bill in Texas will now move to the state Senate, which has expressed support for the gas industry.

By Jeffrey Bair on 1/13/2021 (Bloomberg) –The world’s appetite for U.S. diesel is falling, leaving stockpiles of the fuel at their highest level since early October. The increased supply, combined with […]

By David Wethe on 1/22/2021 HOUSTON (Bloomberg) –Spending by the global oil industry outside the U.S. is poised to rebound later this year, according to its largest hired hands, the latest […]