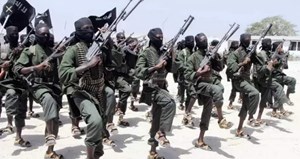 (Bloomberg) –An estimated 10,000 people fleeing an insurgent attack in northern Mozambique have sought refuge in a village within the concession area of Total SE’s $20 billion natural gas project, with more still arriving, according to two people with direct knowledge.

The Islamic State claimed credit for the attack that began a week ago in the town of Palma. The situation in Quitunda, less than a kilometer from Total’s camp, is at times tense, with incidences of those displaced banging on the gates of the project, said the people, who asked not to be named because they’re not authorized to comment publicly on the matter.

By Monday, several thousands of people had sought refuge near the gas project, located about 8 kilometers (5 miles) south of the town that first came under attack on March 24, the United Nations Office for the Coordination of Humanitarian Affairs said in a statement. More than 110,000 people lived in the Palma district, including 43,600 who’d fled there from other areas, it said. The site is viewed as safe as there are hundreds of government troops stationed within the liquefied natural gas project to protect it.

Total has provided 15 tons of food for the displaced people and is seeking assistance from the government and aid agencies to coordinate the support provided, one of the people said. The company has also arranged flights and a ferry to evacuate people from the site and is able to transport more than 1,000 people per day, mainly by sea. A Total spokeswoman declined to comment.

4/15/2021 CHARLOTTE, N.C. – Honeywell is launching its gas cloud imaging (GCI) system in Europe to provide automated and continuous monitoring for leaks of dangerous and polluting gases such as methane […]

By Elizabeth Low and Alex Longley on 1/20/2021 (Bloomberg) –Brent oil extended gains above $56 a barrel, rising with other assets on hopes of more U.S. economic stimulus and a weaker […]