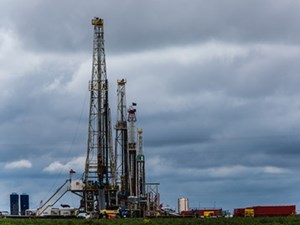 HOUSTON (Bloomberg) –A backlog of pre-drilled shale wells is rapidly shrinking as oil prices rise, signaling that producers are ready to put drilling crews back to work as the industry rebounds from its pandemic-driven downturn.

Drilled uncompleted wells, known as DUCs, are expected to fall to less than 5,000 by the final three months of this year, a drop of about 2,000 wells compared to the second quarter of 2020, according to industry data provider Lium.

After history’s worst crude crash last year, shale explorers cut back on drilling and focused on completing existing wells, cutting into the so-called fracklog. But now that oil prices have climbed more than 60% in the past five months, the shale patch can afford to bring drilling crews back. Though most explorers are targeting flat production this year, output is poised to climb next year as rigs rise.

“It’s more about the drilling activity that has really ramped up,” Daniel Cruise, a partner at Lium, said in a phone interview. “The rig count is driving a change in the DUC count.”

Because output from shale wells rapidly declines after the first year, a cutback in drilling makes it tough to maintain production. As a result, output is forecast to edge lower by 47,000 barrels a day next month to about 7.46 million, according to the U.S. Energy Information Administration.

By Alfred Cang on 12/29/2020 SINGAPORE (Bloomberg) –In January, as a mysterious illness ripped through the Chinese city of Wuhan, global oil prices plunged. Two thousand miles away in the island […]

By Laura Millan Lombrana on 4/8/2021 (Bloomberg) –Spanish oil refiner Repsol SA plans to furlough 830 workers at two refineries, citing a combination of lower demand due to the pandemic and […]

1/14/2021 Key blocks offshore Argentina OSLO – Equinor and YPF have entered into an agreement with Shell to jointly farm-down 30% non-operated interests in the CAN 100 block, located […]